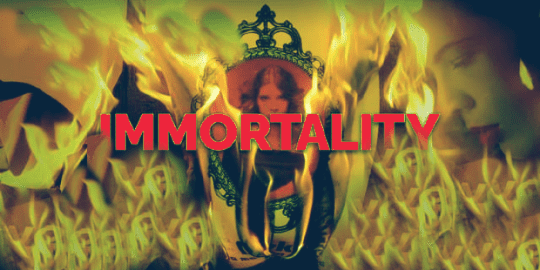 'Immortality' by Sam Barlow is one of the best games of the year. It was released for PC and Xbox Series X/S in August. Good news for Netflix subscribers: the game is now available completely free of charge for iOS and Android mobile devices.

The creator of games such as 'Telling Lies' and 'Her Story' this summer introduced a new game called 'Immortality', which has already earned a lot of positive feedback from critics and players. The plot of the game is centered around the fictional actress Marrisse Marcel and three films with her participation. Both the actress and the unreleased films themselves are gone, and you have to find out what happened, sorting out footage, excerpts from rehearsals, and short episodes from the behind-the-scenes life. Several professional screenwriters participated in the creation of the plot: Amelia Gray ('Mr. Robot'), Barry Gifford ('Lost Highway'), and Allan Scott ('Queen's Gambit'). The result is an exciting story that you will 'unravel' as the game progresses.

This single-player psychological horror game doesn't really have the truly terrifying elements of horror in the classic sense. However, the overall atmosphere and clues will keep you on your toes. Using a smartphone to play the game can even improve the gaming experience, as all footage will be clearly visible. It's an intense and challenging game, so if you haven't played it on Xbox or PC, try it on iOS or Android. The player in this game is both a film editor and an investigator.

Sam Barlow has created a truly unique game with a compelling storyline, non-trivial presentation and amazing acting. So the release on mobile devices is great news.
Have you tried playing 'Immortality'? Share your impressions in the comments.