PS5 Vertical Issues - Is Standing It Up Safe Despite Liquid Metal Leak Claims? 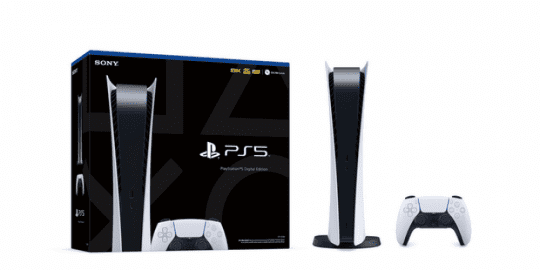 As the PlayStation 5 continues to be a top choice among gamers, many have been wondering if it is safe to keep the console standing upright. Reports from weeks ago suggested that placing the current generation console in a vertical position could cause damage due to liquid metal seeping down its sides and eventually onto the motherboard. This report has now been retracted by news outlet Wololo, claiming that there is “no evidence” of this happening with consoles fresh out of the box.

Sony had previously stated that you could orient a PS5 both vertically as well as horizontally, thanks to a plastic base that clips onto its outer white shell. While this makes it easy for users to switch up how they want their PS5 positioned, concerns over possible internal damage remain high amongst gamers who are worried about their expensive purchase being ruined by something like liquid metal leaking on it.

In response, Wololo clarified its initial statement and said that while some consoles may be prone to this problem due mainly to those which have been recently repaired or tampered with, there is no evidence suggesting any harm will come when using an untampered unit straight out of the box in a vertical position. This comes as good news for many people looking into buying one of these consoles and setting them up at home without worrying too much about any potential damage occurring from simply standing them up instead of laying them flat on their backside.

With games such as Demon's Souls and Spiderman Miles Morales becoming huge hits amongst players all over the world, having your very own console setup can be seen as an essential part of enjoying these titles at home with friends or family members; however, safety should always come first so making sure your PS5 is not prone to any chance liquid metal leakage should always be taken into account before making decisions on how you choose to place your console within your gaming area set-up.

Overall, Sony's guidelines on positioning your console still stand; however, taking extra precautions when setting up gaming areas so that no potential damage might occur from simple things like standing them upright instead of lying down can help ensure longer-lasting experiences with whichever titles you decide to take upon next!