Genshin Impact Versions 3.1, 3.2, and 3.3 Will Come Sooner Than Expected: See the Updated Schedule 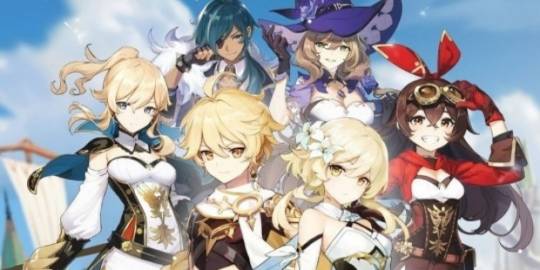 Genshin Impact fans around the globe cannot stop talking about the game’s upcoming update, version 3.0., which should be out on August 24 and bring with it a plethora of new features, among them a new Dendro character Collei. We also know the release dates for three other patches following Genshin Impact version 3.0. If all goes according to plan, these versions should see the light of the day on September 28, November 2, and December 7.

However, it is with these future patches that things start getting interesting. Long-standing Genshin Impact players will have to monitor the schedule if they do not want to miss the new patch because the releases will not be coming out as usual. Instead of the conventional six-week gap we have all gotten used to, versions 3.1, 3.2, and 3.3 will only have five weeks, spacing them apart. The game is expected to go back to its usual release schedule after dropping Genshin Impact version 3.3.

Besides, with a reduced break between the releases, the gameplay content of each version will have to be adjusted as well; however, the developer promises not to cut down on things that can affect the quality of the game’s content. There is also news for those who worry that having one less week to accumulate enough experience will not let them reach battle pass levels: miHoYo says it will temporarily lower the requirement from 1,000 to just 900.

The need to speed up the release of new patches was caused by the disruption that version 2.7 introduced to the game’s update release schedule. Presumably delayed by Covid-related lockdowns in Shanghai, it arrived late by about a month.

What do you think of Genshin Impact’s new update release schedule? Will it give you enough time to enjoy the game at your usual pace? Speak up in the comments and share this post with your friends!